How to stop constant watery eyes 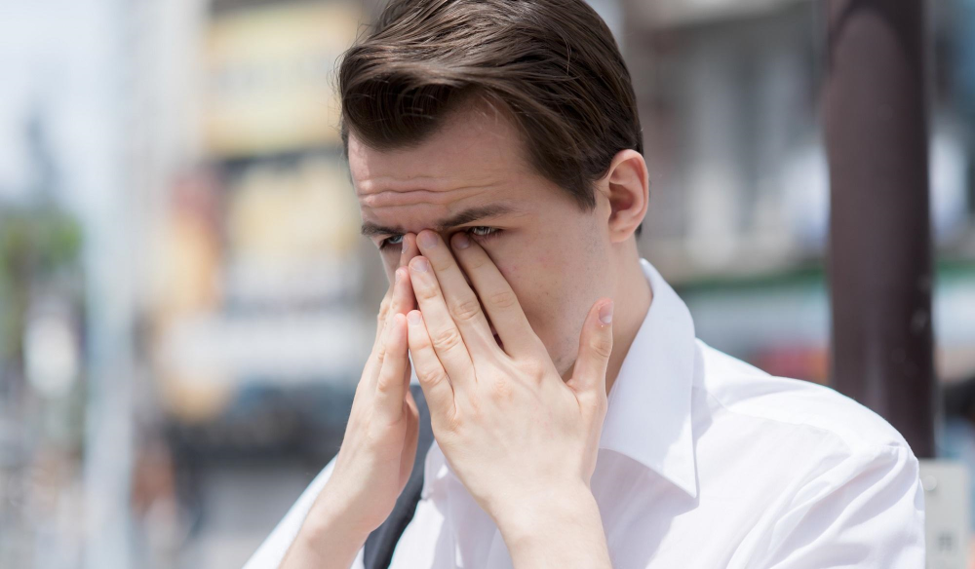 Watery eyes are a common condition which everyone will experience at some point in their lives. More often than not, they’re caused by something that isn’t serious and can be easily treated, but if you’re suffering from the condition on a regular basis and it’s hampering your regular activities, it’s important to find a suitable solution.

People of all ages can be affected by watery eyes for a number of reasons, but they’re most common in babies and those over the age of 60. Yawning caused by tiredness is one possible cause cause, but there are many others.

A lack of tear drainage can be a major problem, and this can happen if the lower eyelid sags away from the eye, meaning it’s difficult for tears to get to the drainage ducts situated below the eye. Dry eye syndrome can also be an issue as it can force your tear ducts into producing more tears in order to compensate. The condition of dry eyes occurs when glands in your eyelids, which are responsible for secreting an oily substance that stops your tears from evaporating too quickly between blinks, stop functioning properly. This can lead to dry patches developing on your eyes, which is why your tear response is triggered. Your environment is also likely to have an effect, with cold weather, windy weather or the presence of smoke also being a frequent cause.

It’s rare for watery eyes to be something to worry about, but there are some circumstances where you may need to consult an eye care professional. It would be advisable to do this if you’re beginning to show signs of an eye infection such as conjunctivitis, an allergic reaction to a new irritant that recently entered your daily routine, or if you believe your tear ducts have somehow become blocked. If this is the case, there will be nowhere for your tears to drain to.

What eye drops are good for watery eyes?

If you’re showing signs of dry eyes, such as having sore or irritated eyes, constantly feeling like something is stuck somewhere in your eyes, a burning sensation or blurred vision, it would be advisable to use a treatment such as dry eye drops.

If it’s more the case that your eyes feel uncomfortable – as opposed to painful – it could merely be a case of eye strain or tired eyes. There are a number of different causes of eye strain or tired eyes, such as a general lack of sleep, focusing too closely on activities like reading and writing, exposure to air conditioning, driving long distances, and overuse of computers and mobile phones.

Witch hazel is a multipurpose solution for soothing eyes that are irritated in this way. It can also refresh tired eyes. You can use this on your eyes for rejuvenation by getting eye drops with witch hazel extract infused into the formula. Although this is a remedy that generally prompts a positive response from symptoms like watery eyes, you should have a better reaction if you can work out the cause for your watery eyes. By doing this, you can also avoid using more than one treatment at a time, as this can be harmful due to the combination of potentially conflicting elements.

Why do your eyes get watery when you yawn?

Yawning can cause your eyes to water, and it’s likely to be something you’ve experienced many times in the past. While this might feel like something that happens without explanation, there’s actually a perfectly simple cause.

The reason for yawning is explained through many different theories. Whether it’s down to introducing more oxygen into your body, waking up your brain when it’s not sufficiently stimulated, being prompted by the sight of someone else yawning, or an indication that you’re tired and your brain is beginning to slow down, it’s often tied to feeling tired.

However, unlike the causes of yawning itself, the reason why it triggers watery eyes is very straightforward. During a yawn, the facial muscles surrounding the eye tense up, sometimes to such a point that you need to close your eyes completely.

When this happens, pressure is applied to the lacrimal glands, which produce the watery element in tears. When they are squeezed, a flow of tears will be released that would otherwise have been stored for later. So, if you’re feeling more tired than usual and this causes you to yawn frequently, you’re likely to experience watery eyes throughout the day.